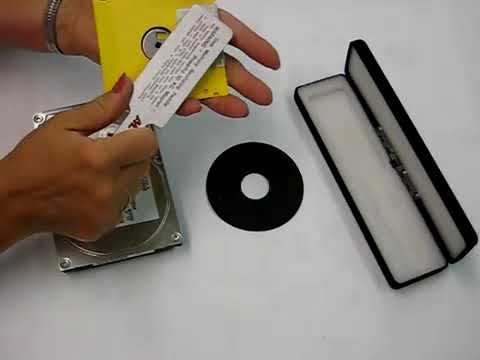 This model could be available for £7.59 per week

The AML-6KG Paddle/Wand can be supplied in a handy Kit which includes the paddle plus a special Screwdriver and Bits to speed up the removal of the Platter plus a Razor to remove the Hard Drive Label and a Distorter to show when the Platter has been sanitised. Once you have disassembled and Degaussed several Hard Drive Platters, for a positive identity of which Platters were Sanitised/Degaussed you simply distort them which produces ripples for visual identification.
The AML-6KG Disk Erasing Degaussing Paddle is a very Low Cost, approved method of Hard Drive and Magnetic Media Destruction/Sanitation. The AML-6KG is a Hand Held Permanent Magnetic Degausser that has been tested and approved by the National Security Agency (NSA) that meet CESG Highest Level requirements, suitable to Degauss Top Secret Media that is classified up to and including Business Impact Level 6 (BIL6). The AML-6KG can sanitize 30 - 50 Hard Drives per hour, does not require any power, never requires any maintenance and will last forever. To Degauss Hard Drives; simply remove the Platter from the Disk Casing and wipe the Wand over the surface at least 3 times on both sides for the complete removal of all Data. For Floppy Disks the Disk can sanitised by the Wand, still in its casing.
The AML-6KG has been designed to meet the requirements of the Mass Market for every type of Commercial Organisations and Central or Local Government Departments - and even for Home Owners where Data Security is paramount, especially to counteract the possibility of Identity Theft. Ask yourself - why use a Shredding Machine to destroy your Sensitive Paper or CD Data and throw away you Laptop holding exactly the same information on your Hard Drive?
Included in the Kit is the AML-6KG Degaussing Paddle in a protective Storage Case, plus a Custom Case to store the Paddle, Driver/Bits, Razor and Distorting Tool.
 Read More   Read Less 
 Show More   Show Less 